We’ve held onto this beer since late last year. It was another of the De Molen 2018 Boreft Festival beers, which was the 10thyear of the event.

De Molen always ask their guest brewers to make (at least) one special beer just for the festival.  This year, the theme was ‘9+1’ to celebrate the 10thyear of the festival.

The idea was that De Molen sent a recipe to all the brewers and asked them to add one additional ingredient to that recipe. This beer includes aloe vera at the extra ingredient, which interestingly was chosen for its effect on the mouthfeel rather than any flavour effect.  Anita – a nutritional therapist – said aloe vera has an acidic bitterness in raw form, so I was waiting for this to hit on my first taste.

The beer is a full-bodied imperial stout which pours thick and really quite still.  A sweet base offers chocolate, brown sugar, lightly roasted malts and molasses. There is also a slightly nutty, slight vegetal note which I would have no hope of picking as aloe vera, but I guess we’ll put it down to that.

A really smooth and creamy mouthfeel is indeed achieved, with the beer drying out a little as it goes which a soft bitterness on the finish. 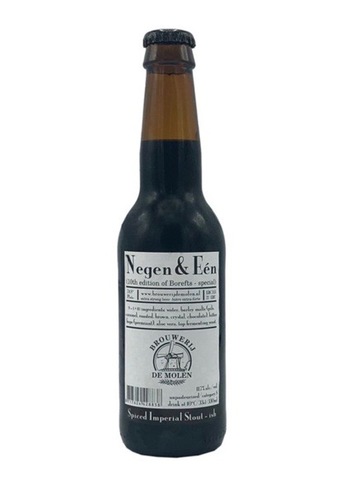