his was a Boreft Festival beer from last years event, so we’ve had this tucked away in our cool room for at least half a year. But it’s now time to set this beauty loose on our beer club members.  These Boreft beers are generally one-offs, never to be repeated.   Which is often a great shame, but that’s the deal.  So we have a Belgian style quadrupel with added South American Tonka beans.

Tonka Beans come from tall trees native to Central America, and are sought after as a gourmet ingredient with its rich aroma and flavour. But in large doses, Tonka Beans are toxic and can be lethal.  But don’t panic – you’d need to eat around 30 Tonka Beans to reach levels that are life threatening.  That said, the Tonka Bean is officially banned for consumption in the USA!

As an ingredient in your beer, look for a strong vanilla aroma to go with the caramel malts and dried fruits of the quad.  The flavour is said to offer up vanilla, almond, honey, caramel, cinnamon and cloves.  This adds to the rich chocolate and caramel malts, raisins, brown sugar and gentle spice.

It is rich and sweet, but dries out to leave a lovely spicy finish with those rich boozy, warm flavours lingering pleasantly. 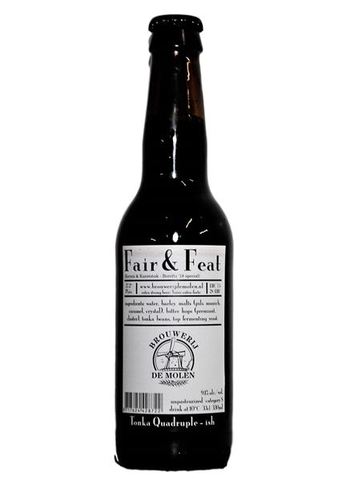