We only just got this beer.  The De Molen guys contacted us the day our pallets were being collected to advise they were packing their first attempt at a north-east style IPA.  These are always one-off’s.  They asked if we wanted a row of cartons added to one of our pallets, which of course we did!

This was the first beer we pulled out of the container to try.  We received it on Tuesday, and we’re sending out the packs on Thursday.  It really couldn’t be much fresher, considering where it has come from.

The aroma is awesome!

Ripe tropical fruits – passionfruit, mango, pineapple, peach and some citrus.  This follows through in the flavour, with a real tropical fruit juice-like sweetness.  There is a bitterness, but it is very early on, and seems to diminish toward the back of the tongue.

Yet in the aftertaste, there is a lingering bitterness, or more like a prickle, that grabs the cheeks and middle of your tongue in a very pleasant way.  It is just enough to over-ride the juicy body, which almost errs on being too sweet. 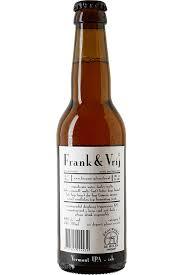