Located in the town of Bodegraven in The Netherlands, about a 30-minute drive south of Amsterdam, is Brouwerij De Molen.  In Dutch, that means 'The Mill' and it is in this picturesque 17th-Century gristmill, on the banks of the Oude Rijn, that the brewery began back in 2006.

Recently included in Ratebeer's 'World's Best 100 Breweries 2014', Menno, John and the De Molen team have built a reputation for consistently producing a range of world-class beers.

We first visited De Molen in August 2014, and were treated to a sampling of their delicious wares.  It was the big porters, stouts, barley wines and barrel-aged creations that this brewery is most well-known for, but it was no surprise to find that the lighter pale ales and IPA's were just as worthy of praise.

Their core range numbers around 20 different beers, with special brews and collaborations expanding the portfolio.  They describe themselves as an experimental brewery, aiming to brew a new beer every six weeks.  And this because they "aren't satisfied if they don't manage to brew something off the charts quite regularly!"

We received our first shipment of De Molen beer in July 2015, to much excitement and anticipation.  Needless to say it was very well-received, and we look forward to each and every future shipment from the brewing masters. 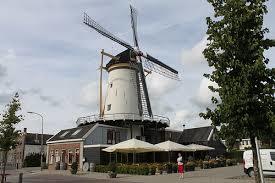