De Molen is most known for their big dark beers, barrel-aged beauties and smoked malt marvels.  Beavertown from London is known for their hoppy ales more than any other. So this collaborative effort came as something of a surprise.

Brewed at De Molen, the beer is a saison with three different malts and a bounty of botanicals added in the mix.  Barley, wheat and spelt malts combine with juniper berries, lemon zest, coriander and chinchona bark for the beer version of a Gin & Tonic.

The beer has a fairly full mouthfeel, feeling a little heavier than say a traditional saison.  There is a strong spicy character, the coriander is strong along with a peppery spiciness associated with the saison yeast.

Also an earthy, slightly medicinal flavour, not a lot of citrus from the lemon zest, and a woody character.  The finish is dry and slightly spicy.

It isn’t going to replace a good old G & T by any means, but an interesting experimental beer for sure. 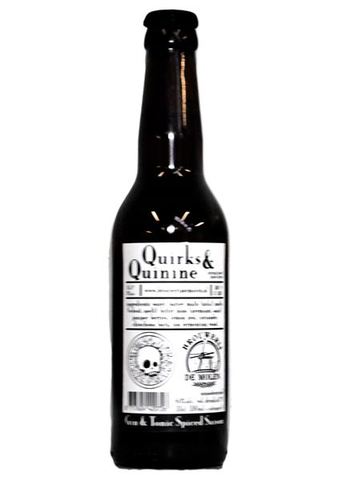 So good it was recently included in USA Draft's '25 Best Beers of the Year'.