This is the first beer from a new brewery for us, though the story is similar to many of the breweries we’ve featured in our beer club.  Two mates who shared a passion for brewing start their own commercial enterprise making great beer.

This version of the story features Janos and Leopold, and their venture officially began in 2015with the incorporation of Hedonis Ambachtsbier.  They are gypsy brewers, finding tank space in some of Belgium’s breweries such as Contreras, Verzet and even the tiny Sint Canarus brewery.

Their name refers to Hedonism, which is defined as ‘the philosophical doctrine in which the pursuit of pleasure is the highest good’.  And this through their beers which intentionally push boundaries for Belgian brewers.

This beer is an imperial stout, which is brewed seasonally as a vintage; though each brewing is a distinctly different variant.  Our sample is the 2017 version, and features coffee beans, vanilla and chipotle and mulato chilli peppers.

The use of oat flakes adds a really creamy mouthfeel to this beer, with more a chocolate than coffee note, and a very mild and ever-so-gently building chilli bite in the background.  A really enjoyable first beer from these young brewers. 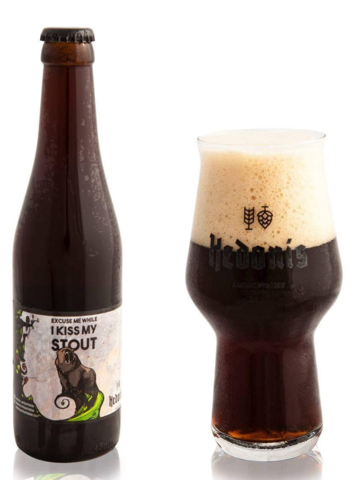