The first thing to note about this beer is that its a single hop beer featuring the Citra hop.

Single hop beers make for an interesting study in the character of a particular hop, but it doesn’t always work to have one hop doing the very different tasks of bittering, flavour and aroma.

The beer is made as an American Pale Ale.  The Citra character comes through strong in the aroma, with citrus and tropical fruits.

These flavours follow through in the taste as well, though it is not an overly bitter beer.  It has a very light mouthfeel, and is a very easy drinking beer.  A perfect session ale, and the reason it is one of De Molen’s best selling lower alcohol styles.

This is the last batch of this beer under the ‘Pale Ale Citra’ label.  It is now known as ‘Hop & Liefde’, which translates to Hop and Love. 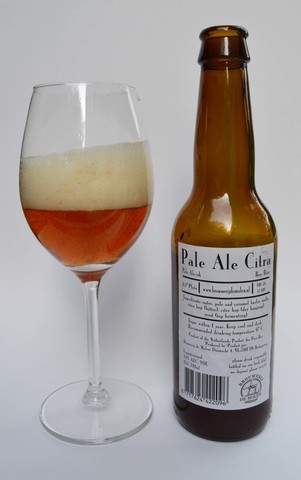