We’ve featured several of the De Molen Pale Ales and IPA’s, but as the cooler weather closes in its time to feature some of their dark beers.

In the brewery’s own marketing material they describe this beer as “a very special brew compared to our normal ways. Unlike almost all our beers this is brewed completely according to the traditional way”.  No smoked malts, crazy ingredients, barrel-aging or dry-hopping.  Just a good solid traditional style porter – “the way it was supposed to be once!”

The romantic history of the Porter will describe it as a blend of beer styles, which became popular sustenance to the street porters of London.  The uglier truth is that the beer was a mix of the leftovers, and was all the common labourers could afford.  Either way, the style endured.

Made with chocolate and dark crystal malts, this porter offers a smooth rich mouthfeel, with flavours of chocolate, dark fruit, coffee and a woody hint.  It finishes with a soft, but sustained roasted bitterness. 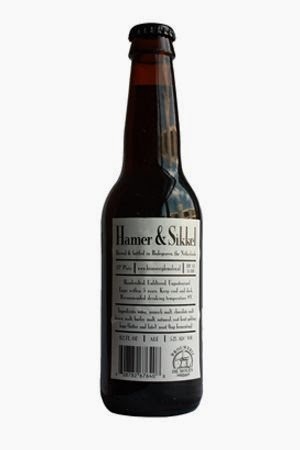