As usual, any offering by our French brewery La Debauche is notable for the striking label art, often full of subtle cultural reference or double entendre.

The term ‘Demi-Monde’ refers to a group of people living an hedonistic lifestyle, with ‘Demimondaine’ referring to a woman embodying these qualities, especially one who is supported by a wealthy lover.  It later became a euphemism for a courtesan, as suggested by the label I guess!

So given the cultural background of the name, we could reasonable expect this beer to be something a little naughty and decadent. And I think the team have delivered with this beer.

It is an imperial milk stout, with the addition of coffee beans, cocoa beans and lactose.

The coffee is prominent, but more so in the aroma than the flavour. It is supported by flavours of chocolate and roasted malts in a smooth, low carbonation mouthfeel, with enough roast and hop bite to ensure the beer isn’t too sweet.

Somehow the beer feels a little light bodied, cleverly covering off the substantial ABV which appears only as a gentle warming in the flavoursome, lingering finish. 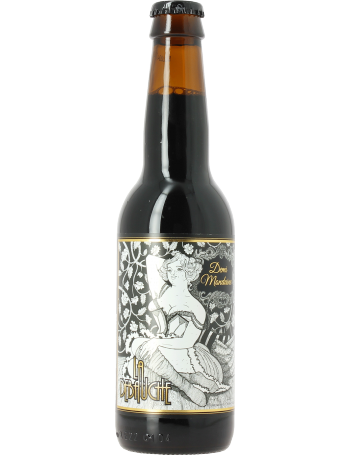