Kees Bubberman is one of The Netherlands most renowned brewers.  A few years ago, we were told stories of a homebrewer in the Netherlands who had won every competition he'd entered over a period of two-and-a-half years.  The running joke was that if Kees had entered a beer, everyone else was competing for second place.

The Emelisse Brewery had appointed Kees their brewmaster back in 2007, and it was in this capacity that we got to sample his talents first-hand.

For seven year, Kees was Emelisse brewmaster, his beer making Emelisse deserving of being included in Ratebeers 'Worlds Top 100 Breweries 2014'.

But it was time for Kees to following his dream of having his own brewery. After launching a successful crowd-funding campaign, his dream was realised and in early 2015 he commenced brewery the beers of Brouwerij Kees.

We are delighted to receive our first shipment of Kees' beer in Sep 15, and look forward to sampling his future creations. 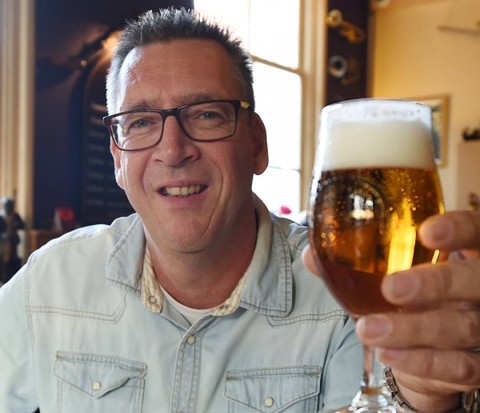 Kees has adopted the famous Teku glass as his own