Uiltje once again proving they can make more than just hoppy beers, the name of this beer should give you early warning it isn’t to be taken lightly.

Mind Your Step is a massive Imperial Stout as is a recurring name in the Uiltje line up but comes in various iterations.  Such big beers lend themselves well to featuring different additions.  This particular batch is the Vanilla Marshmallow Edition, so know surprises to guess the adjuncts in this can.

It is black, rich and thick giving off loads of classic imperial stout vibes with roasted malts, dark chocolate, coffee, licorice and raisins.  Then there is the sweet layer with loads of vanilla and an extra sweetness I’ve convinced myself is the marshmallows (though whether I’d call this without the ingredient list I’m not sure).

The beer is a dessert style imperial stout which almost always means there is lactose added.  A beer that is one for the the sweet tooth’s, the mouthfeel is heavy, thick and lush and while no doubt a strong beer, it disguises the ABV quite well.  At least until you’ve finished the glass!

It goes without saying that this beer is a sipper, so enjoy the flavours opening up as the beer warms.  Using the rough guide of drinking at a temperature roughly equivalent to the ABV of a beer means you’re in no hurry to polish this one off! 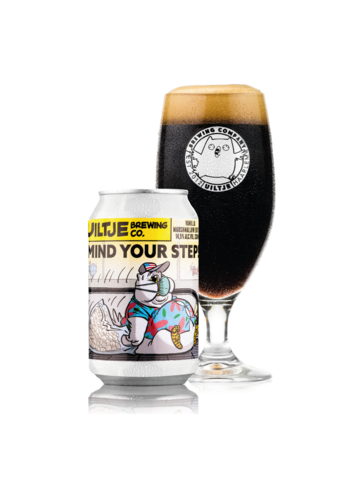