After our first visit to this wonderful little brewery, we had three lasting thoughts.

Brewer Ronald Mengerink was a really nice bloke.  His beers were amazing.  And his brewery was the neatest, prettiest brewery we'd ever seen!

Everything about this brewery is interesting and different, even a little quirky.  It is located in the town of Baarle-Hertog, a Belgian enclave in a sea of Dutch territory.  This is an area with such complicated borders that some buildings have parts of a room in Belgian territory, and other parts in Dutch territory!

Ronald's beer are all unique, very much out of the box rather than following traditional style guidelines.  They masterfully combine elements of different beer styles into one impossible to categorise creation.  But a constant in his portfolio is the lack of any added herbs, spices or other adjuncts.

He began commercial production in 2007, from the brewery located behind his house. And it didn't take long for beer lovers and critics alike to take notice.  He has won numerous awards for his beers, including the Consumers Choice Award at the annual Zythos festival for both Embrasse Peated Oak Aged (2011) and Extase (2013).

Due to demand, operations have recently moved to a new bigger facility.  We look forward to receiving more regular supplies of this great beer, and seeing what new creations Ronald will come up with. 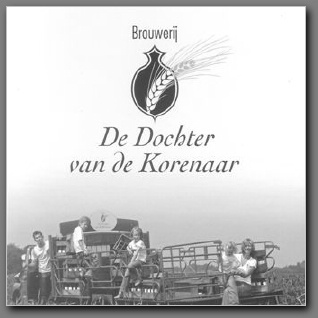