For a family brewery that has been brewing since 1874, and under the stewardship of a 7th-generation family member, it is always interesting to see a new beer brought to market.

In late 2018 the Gulden Draak Imperial Stout made its first appearance, to a great level of expectation from beer fans familiar with the iconic Gulden Draak classic, and other Steenberge beers.

It pours quite dark, but not really the pitch black you expect from an imperial stout.  There is a strong aroma of Belgian yeast, as well as caramel, dark fruit and spice.

There are flavours of banana and chocolate, raisins, caramel, brown sugar and a hint of liqorice and other spice.  There isn’t the really dark roasted malt bite you might expect, and overall the beer is a bit sweeter than expected though there is some hop bite to balance things out.

A very Belgian beer, that is probably more like a quadrupel than a stout.  But forgetting style, it’s a really delicious beer that is way too easy to drink for the ABV. 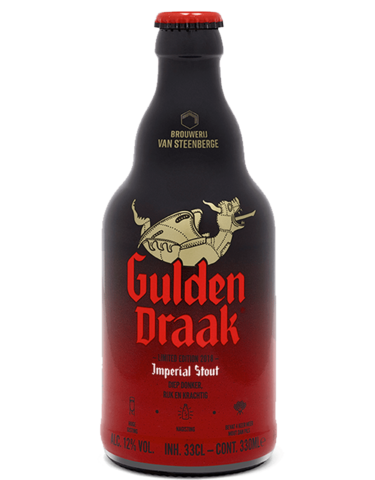