This is one of the new brews from Ronald at Dochter van de Korenaar.

Typically for this brewery, it is a beer that doesn’t really fall into any established style category.  As described by the brewer, it is an ‘internationally styled wheat India Pale Ale!’

It pours a glowing orange, and gives off a tropical fruit aroma of mango, grapefruit, pineapple.  There is also a definite malt component. 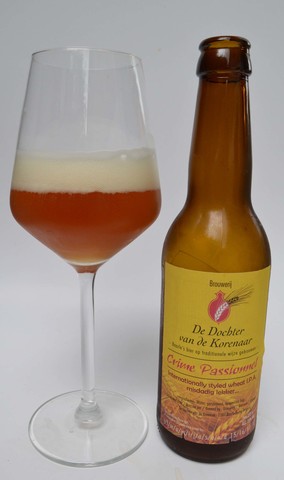