It's been a while since we’ve had a beer from De Dochter Van De Korenaar – one of the most gloriously-named Belgian breweries we know.  For those new to this brewery, the name translates as ‘Daughter of the Ear of Corn’, which is a medieval reference to the grains being used to produce beer.

This is a new beer for the brewery which was first offered at the end of January 2020.  The label describes this beer as a triple dry-hopped American India Pale Ale.

My first taste of this beer wasn’t really what I was expecting!

There is a solid fruity aroma from the hops, but also a really strong malt body.  And it is this malt that stands out (to me at least) in the taste.

It is more like an old school English IPA, with a hint of Belgian yeast.  The bready malt backbone gives off flavours of caramel, ‘tea and coffee’ biscuits and a slight earthy minerality.  There is a strong Belgian yeast character as well, adding a fruity spiciness to things.  A sustained bitterness takes control at the back end of the beer, and lingers long in the aftertaste. 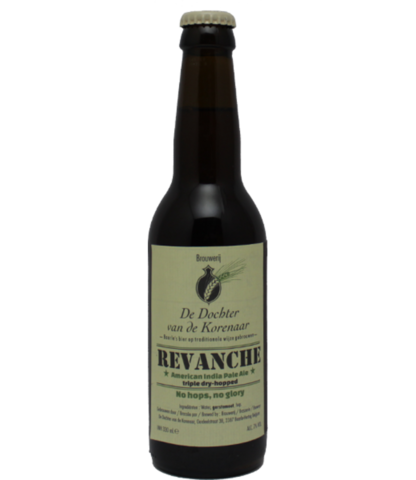