This is a beer from Uiltje that was originally a one-off creation, but found enough love to become part of their core range.

It’s a Brut IPA that uses pilsner malt and rice, with the hops of choice being Hallertau Blanc, Ekuanot and Cascade.

First thing of note for me is the Brett.  I love that smell of funk, fruit, leather and wood.  It is just a little fruity, with hints of peach and pineapple.

Brut IPA’s became a ‘thing’ around three years ago, and have already pretty much disappeared as a style.  In the short time, lots of breweries made some really ordinary attempts at the style which I think led a lot of people to come to the conclusion that they didn’t like the style.

It has a really crisp, light body with a moderate sweetness of tropical fruits.  There is a certain sharpness to the fruity flavours – think grapefruit and white grapes – that helps create that dryness as intended for the style.

This is a decent example, as you’d expect from the Netherlands IPA masters.  Another really easy drinking beer with enough to keep things interesting from start to finish. 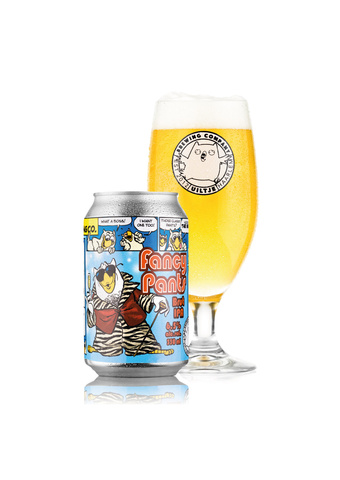