I'm starting to think that Uiltje and Bierol from Austria might have a ‘thing’ going on, as this is the second collaboration between these two breweries we’ve had in the last year!

Apparently they both made beers called ‘El Patron’, so to quell any disputes they decided to make a beer together; and we have this.

A douple IPA with lots of hops, seven different varieties in fact.  Magnum, Cascade, Chinook, Amarillo, Citra, Mosaic and Simcoe.  It’s a bit hard to pick out any particular hop attribute, so we’ll generalise with ‘lots of tropical fruit’ character!

Pilsner malt and wheat make for the backbone, which is quite firmly malty and somewhat dense but somehow light on the palate.  It makes for a dangerously drinkable double IPA, that should take a little longer to polish off than it does. 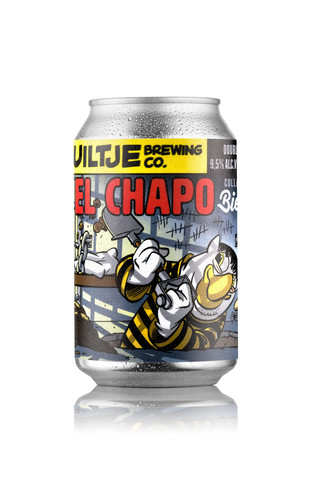