First made in 2016, this beer has been ‘re-engineered’ more than once over that time, (as well as going from bottles to cans) but still retains the status as being the hoppiest of Uiltje’s core range beers.

The good doctor is an imperial IPA that contains most of the hop varieties you’ve ever heard of: Cascade, Simcoe, Mosaic, Nelson-Sauvin, Chinook, Amarillo, Centennial and Citra.  No wonder then that it has an inviting tropical fruit aroma full of pineapple, grapefruit, mango and pine.

A solid caramel malt base provides the backbone for all those hops.  There is a sweetness to the malt, such that all those hops – as well as the considerable ABV – are covered off really well.

This will be one of those big IPA’s that lend themselves to becoming something of a barley wine as the hops drop off.  But for now, the hops are doing their job.  Enjoy this very tasty, really well balanced offering from Uiltje. 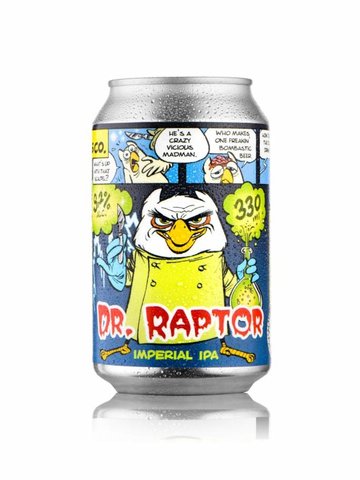