This fun beer from Uiltje has recently been incorporated into the core range, and it nicely provides a different style to all those hoppy beers we’ve come to know Uiltje for.  The brewery describes this beer as ‘refreshing Italian limoncello with some old Belgian tradition in the mix’.

For those that aren’t familiar with Limoncello, it is an Italian liqueur made from lemon zest and either grappa or vodka.  It is served either before a meal (aperitif) or after the meal (digestif).  And it is usually delicious.

I called on Joe McDonald again for his tasting notes.  He is a passionate craft beer drinker from the Tweed area on the NSW north coast, and a big fan of Uiltje beers.  Here’s what he thought:

“In the usual Uiltje style, it’s a blond but not really.  It’s a beautiful blond color, with slight carbonation, slight head that goes quickly.  It’s really sessionable actually, it’s a cross between a blonde and a single hop IPA with a subtle citrus and lemon undertone.  Great beer that challenges traditional beer styles.  Subtle, easily drinkable and refreshing”. 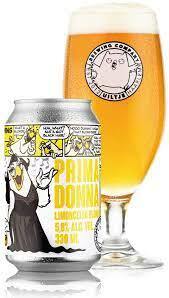 A golden blond ale from the Wilderen Brewery & Distillery