Hedonis Ambachtsbier is a small gypsy brewing firm started by two young Belgian brewers back in 2015.  They had a work history of brewing for other Belgian breweries, so were versed in the traditions of Belgian brewing.  But as young brewers they wanted to experiment outside of the box.

Their beers are a combination of both elements, which make them interesting and a little different.

This is their saison, where they choose to use spelt grain.  It is a commonly held belief that the original brewers – the Sumerians – would have used spelt grain for their early brews.  Spelt is an ancient grain, and container much lower levels of gluten that barley or wheat.  It is also meant to impart a nuttiness to the brew.

Hallertau Blanc hops are used for dry hopping to then give this beer a more modern twist. White grapes, lemon citrus, white pepper and a grassy character lift the flavour.  The body is quite light and crisp with a good yeasty farmhouse funk. The beer finishes really dry, with a light peppery prickle. 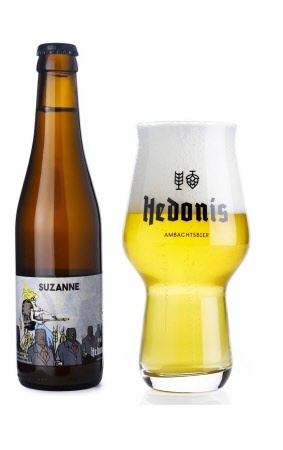