Brasserie de Jandrain-Jandrenouille is a small brewery founded in 2007 by two university graduates who had a passion for brewing. The brewery is a truly rustic example of a traditional Wallonian farmhouse brewery, housed as it is in rural buildings dating as far back as the 14th-century.

This was the first beer produced by the brewery, and is called ‘IV’ to represent the four basic ingredients in beer, while the saison style represents the traditional style of beer brewed in this region in days gone by.

The beer has only a mild aroma of biscuit malt and just a hint of the saison yeast characters.   There is a mild sweetness early giving way to a moderate bitterness. As the beer warms the yeast character becomes more pronounced with a very earthy and herbal, spicy hop note, a little citrus and just a slight hint of something tart.

A very traditional beer, mild on the saison funk, finishing dry with a lingering bitterness. 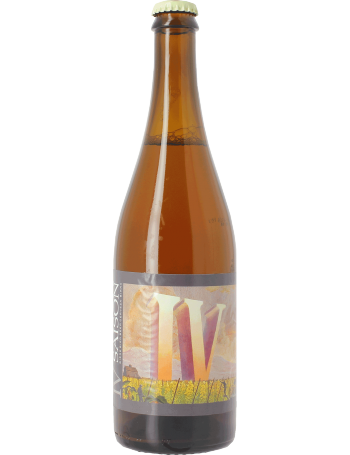