This is a beer with an interest history; as so many of these beers are.

The story starts with Brasserie Voisin which began operations in 1876.  In 1884 they first produced a regional specialty saison, which they produced for more than 100 years.

In 2001, Brasserie des Geants began producing Saison Voisin using the same recipe as that of Brasserie Voisin.  It is made under the watchful eye of retired brewer Leon Voisin, who is happy to vouch for this new version as being an accurate representation of the beer previously made by his family.

It is very much a traditional saison, which means it is probably not so saison-like nowadays.  The beer is an amber colour, dry with a lingering bitterness.  Take a step back and enjoy the workers ale, typical of southern Belgium and northern France a century ago. 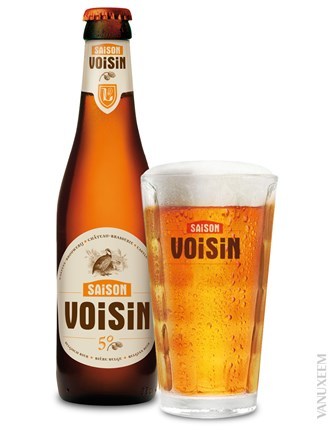