Maredsous beers are pretty easy to find in Belgium, they are one of the more common beers to find is smaller bars, cafes and even supermarkets.  Probably not surprising given the label is owned by the Duvel-Moortgat group.

What is interesting is that the family company which had been involved in brewing since 1871 nearly went bankrupt in the 1970’s.  And what a great shame that would have been!

Duvel-Moortgat has gone on to be a great investor in breweries, having ownership in some well known breweries.  In Belgium they own De Koninck, Chouffe and Liefmans.  Internationally, they helped start Ommegang in the US, as well as purchasing Firestone Walker and Boulevarde Brewing.  And in the Czech Republic they own Bernard.

The great thing is that the breweries all seem to retain their original identity, and the beers stay true.  And the Maredsous is a great example.

With a bready malt body and a hint of caramel, big yeast esthers with strong banana and clove, slightly spicy on the finish and even a faint sour hint to linger in the warming aftertaste of this big Belgian tripel.

See all of the October 2020 monthly six pack 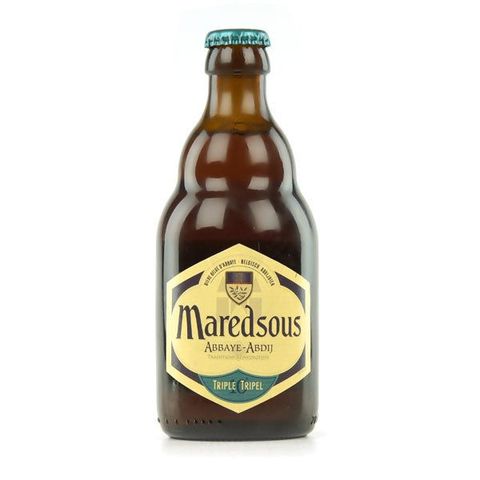