This is a beer with an interesting history.  It was first brewed in 1981 by the Halve Maan Brewery, however the label was lost to Brouwerij Riva in 1988.  It was then acquired by Liefmans, until that brewery’s bankruptcy in 2007, when the business was bought by Duvel-Moortgat.

De Halve Maan saw an opportunity to re-acquire its old label, and in 2008 a deal was done to purchase the brand from Duvel.  So after bouncing around the Belgian countryside, the label is finally back where it began.

‘Strong Henry’ was the name given to this beer, which is a mix of six specialty malts along with Styrian Golding and Saaz hops.

The result is a deep golden beer with a strong Belgian yeast aroma of banana and clove.  The flavour has an inviting fruity malt sweetness of honey, banana and doughy malt, which is balanced by a little peppery spice and a fairly dry finish. 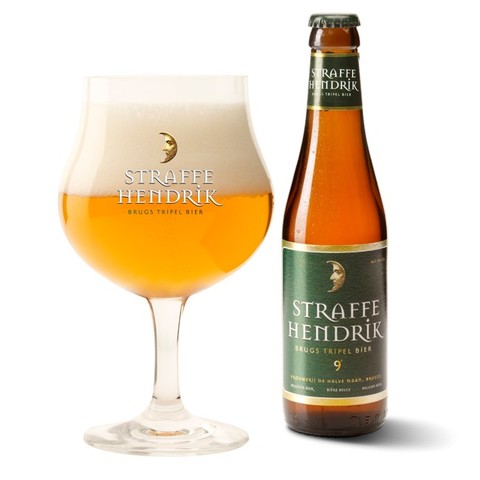