Bloesem is a spring-summer seasonal release from Kerkom brewery, and is only available April to October each year.

The brewery is housed in an old farmhouse, located in the East Flanders countryside.  Keen to highlight the local produce, the beer includes honey and pears from nearby producers.

As you would expect, there is a sweetness to the beer both in the aroma and the taste.  Honey is more dominant than pear, though both are well balanced.  There is also bready and caramel malt, subtle spicing of clove and subdued floral hops.

The beer is rich and smooth - definitely on the sweeter side of things - with a light lingering bitterness.

Interesting Fact: the beer was first produced in 2000 to commemorate the ‘50th Blossom Ordination’.  As we often say, all of these beers have a story or a reason for being! 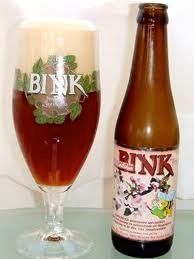 The little bruin from this quintessential farmhouse brewery punches above it's weight in flavour and drinkability.