This is a beer we look forward to every year, though each variation is effectively a one-off.

Back in 2007, the brewers as Duvel wanted to do something a little different, so they decided to add an extra hop to dry-hop their world famous Duvel beer.  The first hop chosen was Amarillo.

This beer was repeated again in 2010, and from 2012 the beer was brewed once a year, with a different hop.  Past editions have featured Citra (my personal favourite), Sorachi Ace, Mosaic and Equinox.

The 2016 version features an experimental hop from the Yakima Valley in Washington State; an area that accounts for 75% of the US’s hop production.  This hop doesn’t yet have a name, so goes by the identifier HBC 291.

It adds a real fruity citrus punch to the beer, and a little peppery spice. A definite change up on the original beer, and at 9.5% alcohol it is a very easy drinking beer. 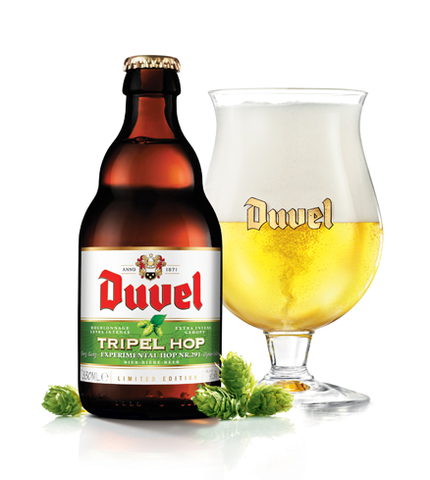