This beer is a little bit different to our normal offerings.  Firstly, we haven’t had a beer from Brasserie de Brunehaut before.  They are a small farmhouse brewery who grow their own barley used in the production of their beers.

The second interesting fact is that all of their beers are gluten free (at least according to European standards).  They used a special enzyme to remove the gluten during the brewing process.  So if you have any gluten-intolerant beer-loving friends this is one you can definitely share with them.

Australia and New Zealand have the strictest standards for certification as a gluten free product.  The test is ‘no detectable gluten’, with the testing equipment accurate to within 3 parts per million (ppm).  So this beer can’t technically be called gluten free in Australia.  Rather it is termed gluten-reduced.

The brewery freely issues copies of the certifications for each batch of their beers, with their own standard being less than 5ppm.  The European and North American standard is 20ppm; which is a level even the Coeliac Society agrees is a safe threshold even for coeliacs.

Labelled a tripel, it has a crisp malt body, good level of bitterness and enough spicing and Belgian yeast phenolics to pass.  It’s a decent tripel, but a bloody good gluten free (gluten-reduced) beer! 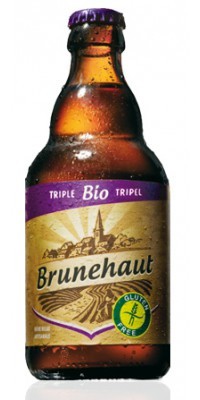