Brouwerij De Brabandere used to be know as Brouwerij Bavik, most well known for their Petrus range of beers, including the Petrus Tripel.  The base of this beer is the Petrus Tripel, with a few changes and additions.

Brewmaster Chris Van Acker has been working at the brewery for 30 years, living through many of the changes the brewery underwent over the years and being at the centre of the brewery’s Foeder beer project.  His creation in recognition of this achievement says as much about a brewers ability to change with the times, even under the weight of tradition.

Two American hops – Amarillo and Cascade – are added to the Petrus Tripel.  And then he added 15% foederbier (essentially the Petrus Aged Pale).  And somehow this worked…really well!

The beer is light bodied, and slightly funky.  The sweet malts, fruity notes and distinctive yeasty character of the tripel are there, with the addition of a little fruit tartness like green apples or grapefruit, plus a little woodiness.

It really is both interesting, complex and approachable to a wider audience; which seems paradoxical.  But it works, I really do like this beer.  Hats off to the brewer for making a special beer something that is different and memorable. No safe options taken here. 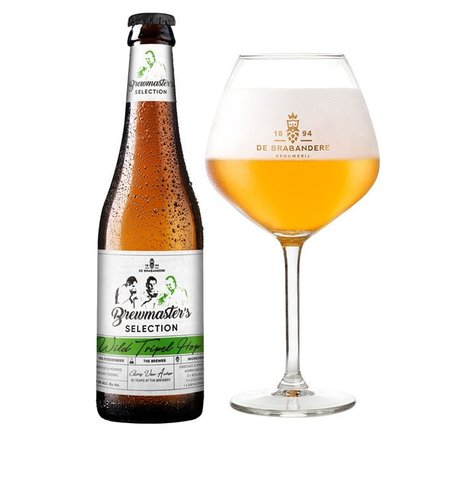