Another beer from the twin brothers – Benny and Erwin – who quickly went from first time homebrewers in September 2012, to only their fifth ever batch of home brew wni ‘Best Hobby Beer of the Low Countries’ in June 2014.

Part of the prize was the opportunity to brew a commercial batch of 500L at Brouwerij Anders.  Following this successful venture, they officially started their own brewery in October 2014.

It is curiously classified as both a Belgian Blond or a Belgian IPA on different beer websites.  I’m happy with calling it a hoppy blonde ale.

There is a slightly spicy, floral aroma with an inviting sweetness early giving way to a reasonable firm and very balanced bitterness. 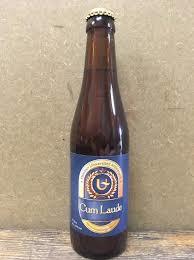