Straffe Hendrik literally translates as ‘Strong Hendrik’ (Henry in Dutch).  The beer name was first developed in 1981, and is in recognition of the family heritage.  For five generations, the sons were named Henry.

A 9% Tripel and an 11% Quadrupel are brewed under this label.  In 2014, in keeping with the international trend of brewing innovation, Brettanomyces (wild) yeast was added to the normal Straffe Hendrik Tripel.

The tripel is a delicious brew in its own right, but once a year, it is refermented with the wild Brett. yeast.  It is then cellared for an additional three months maturation.  As the hop bitterness subsides, the wild yeast will develop fruity and flowery notes, an intriguing farmhouse aroma and even a vinuous hint.

Released 24 April, this beer has now had a little time to evolve. 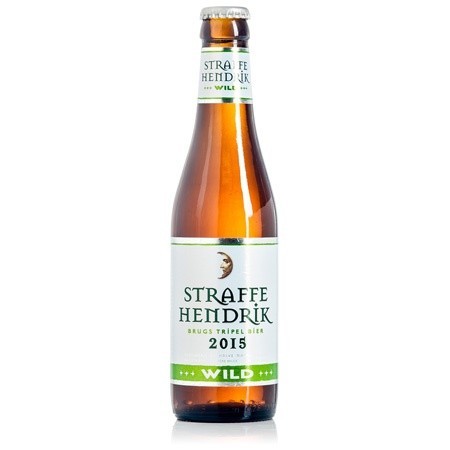