Here we have a beer from a very traditional Belgian brewery whose beers have so far eluded our beer club packs.  Now time to set that right.

Brouwerij Slaghmuylder has a history dating back to 1860, and has been run by different generations of the family since that time.  The current brewery, which was built in 1925, is located in the town of Ninove which is about 30km due west of Brussels.

The Witkap Pater Tripel was originally a beer brewed by the now defunct nearby Brouwerij De Drie Linden.  It was one of the first ‘tripels’ ever brewed in fact!  Slaghmuylder were brewing the ‘Witkap’ beers for Drie Linden for a couple of years before taking ownership of the label in 1981.

Slightly lighter in body that some tripels, there is sweetness from the malt and a fruity hint.  A nice peppery, spicy yeast lifts the mouthfeel and leaves things reasonably dry with a pleasant lingering bitter tingle.  A pretty solid Belgian Tripel that ticks all of the style boxes.

See all of the January 2021 monthly six pack 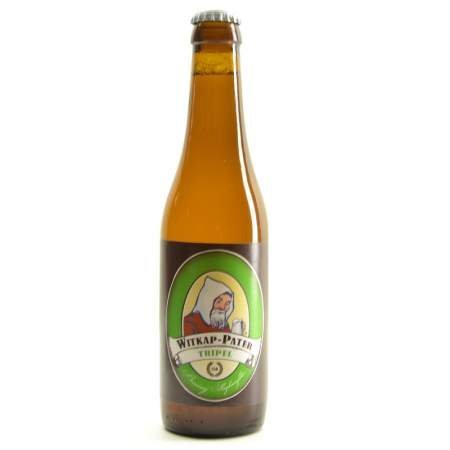