This beer is the slightly lesser-known variant to the Pannepot Old Fisherman’s Ale, from the renowned De Struise Brewers.

The beers are very similar in appearance – very dark brown to black, with a good tan head creating an inviting image.

The aroma is a complex blend of over-ripe dark stone fruits, sweet caramel malts and a little hint of coffee.

The flavour of this beer follows that of a standard quad. Sweet bready malts, juicy dark fruits like prunes, raisins, plums and bursts of dark chocolate that start heading toward a coffee hint. This finish is long, and leaves a flavoursome thin coating on the tongue.  It is the full lingering aftertaste which really sets this beer out as one of the best in its style.

True to style, this sits well as a dessert or finishing beer. Definitely a sipper to settle into; enjoy the complexity and balance of another very high quality offering from Struise.

About the brewery : In 2008 Ratebeer selected De Struise Brouwers as the 'best brewers in the world' via their annual members poll.  Later, in 2011 Struise had 13 beers in the top 30 'Beers of the Year' list!

Interesting beer fact : Pannepot is the older version of the two beers.  This new version was brewed for the Copenhague Beer Festival in 2006, and was called 'Pannepøt'.  The beer was so popular that it was decided to continue production.  There was much confusion between the two names, so the latter was changed to 'Pannepeut'. 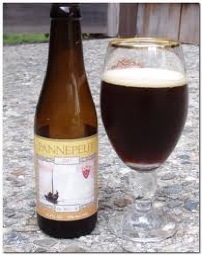