The last time we had Pannepeut from Struise was the 2015 version, so to say we are happy to have it again is an understatement.

For those that don’t know this beer, it is a kind of sister beer to the famous Pannepot – a spiced strong dark ale.  This is a quadrupel and was originally brewed in tribute to the Danish market which was influential in Struise becoming a renowned brewery.

It was presented at the 2006 Københavnske Øldage Danish beer festivel, and had the rather confusing name Pannepöt, but was given the nickname ‘Old Monk’s Ale’ as a nod to the trappist style.

As with all good quadrupels, there is that lovely mix of sweet caramel malt flavour with just a hint of the roasty malt bite to cut through the sweetness.  Dark dried stone fruit notes present in the form of plums, figs and dates.

The Belgian candi sugar gives the body a stickiness that sits heavily on the tongue, but an earthiness late makes sure it doesn’t finish too sweet.  Oh, and that warmth in the aftertaste means you won’t take another sip for a little while as you explore the lingering flavours. 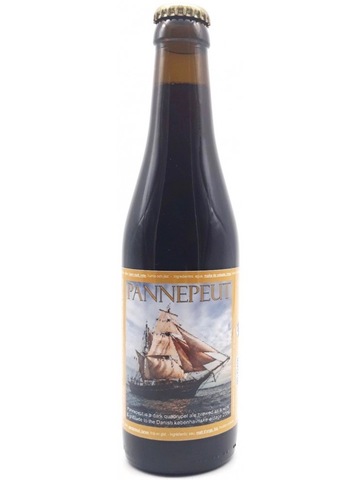