France has not been known for its craft beer, being the poor cousin to the wine industry which is a part of the fabric of the nation.  But that is changing – and fast. Microbreweries and brew pubs are popping up at an unprecedented rate.

And one of the new crop of breweries gaining much attention in the craft beer scene is La Debauche which was founded in July 2013 by friends and amateur brewers Eglantine and Aurelien.  They started their brewery with just two 120-hectolitre fermentation vessels.  There immediate success warranted an expansion which was achieved by crowdfunding.

They are known as being very much experimental and creative brewers, producing a range of styles from stouts to barley wines, funky saisons to barrel aged sour beers.

But if we need to establish a benchmark on a brewery, given our love of IPA’s it seems an appropriate beer to pick to introduce our newest brewery in our portfolio.  And it’s a decent introduction.

A good dose of tropical fruit aroma follows through into the taste, along with a medium grainy malt body and a solid level of bitterness that lingers long into the aftertaste.

See all of the July 2018 monthly six pack 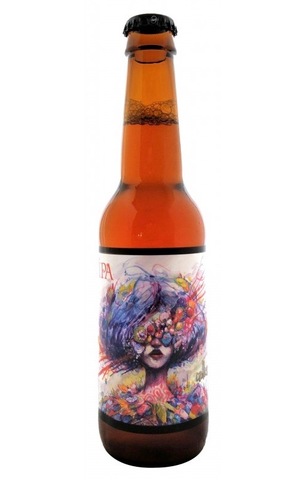