This is the newest beer in Kees’ core range, replacing the Double Rye IPA (which was a fantastic beer I might add). So I was very keen to try this beer when they arrived.

Many judgements of an IPA start as soon as the can/bottle is opened, with the expectation of that tropical fruity aroma flooding out of the portal.  This beer is a little shy in the aroma, and it wasn’t until poured and with nose stuck deeply in the glass I started to catch the fruit bowl aroma.

Mosaic, Simcoe and Loral (you may remember this hop when it was still experimental hop HBC 291 used in the 2016 version of Duvel’s Tripel Hop?) provide the orange citrus, pineapple, mango and pine.

The beer pours fairly still, though some late ‘Guinness’ settling does create a head.  I was expecting the beer to have low carbonation, but it doesn’t taste that way. There is a prickly spiciness to the yeast – think Westmalle Tripel, and this lifts the flavours as well.

A quick check of the ingredients reveals Belgian candi sugar is used, further pressing the claims of having a little bit of tripel about it.  By no means a classic West Coast style IPA, but an interesting hybrid that is damn tasty. 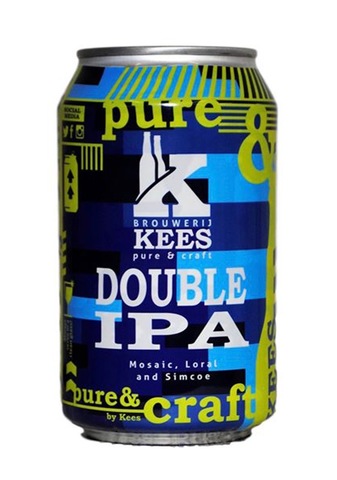