Scotch Ales – colloquially known as ‘Wee Heavys’ – are part of the family of Strong Ales, which includes styles like Old Ales, Burton Ales and Barley Wines.  These styles developed regionally in the UK, with the creation of the Scotch Ale attributed to Edinburgh in the 1800’s.

Given the climate of the region, it is no surprise that the characteristics of the beer are a heavy malt body, a little roastiness in the malt and a pretty high alcohol content (at least for the time it was).

In Kees’ true style, he’s made this beer his own.  Alongside the traditional English Fuggles hops, he has added Motueka hops from New Zealand.  It gives the beer a slight fruity citrus note and adds a little more hop presence than is generally found in the style.

A really pleasant beer that certainly suits the cooler climes.  But as Kees informs us on the can, this beer is ‘not only for tough men in a kilt!' 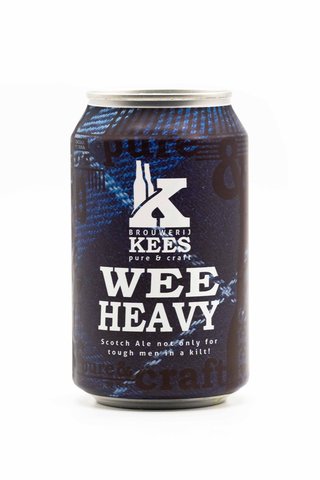