As we’ve said before, Kees Bubberman is a creative.  So sometimes you have to delve a little deeper than what’s written on the label to know what you are about to drink.

This beer is based on an original English recipe from 1750 for a Russian Imperial Stout – the the famed style favourited by Catherine the Great around that time.

The one obvious claim on the label is that this beer is ‘black and sticky’.

In truth this beer blurs the lines between what we would now classify as an Imperial Porter and a Russian Imperial Stout.  It is pitch black with a heavy roasted malt body.  Loads of bitter chocolate with some coffee and a hint of wood smoke.

Low carbonation adds to the silky smooth mouthfeel.  As the beer dries out the roasty malt is joined by a spicy bitterness for a satisfying aftertaste which lingers for ages. 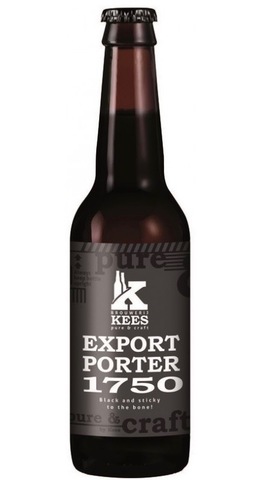