Usually when we bring across Boreft beers they are from De Molen.    But this is one that Kees presented at last years festival.

It isn’t the first time he’s marketed a ‘Milkshake IPA’, so we need to differentiate this one as being made with mango and vanilla (as opposed the previous creation using cranberries).

Its hazy, and slightly thick from the use of lactose.  There is mango aplenty, both in the aroma and in the flavour.  And not the artificial essence – this is from real fresh mangos!  There is also vanilla, but it is pretty subtle.

At the core of the beer, this is an IPA so there is a definite hop bitterness playing off against the fruity sweetness so that despite the lactose there is still a good prickly character to the mouthfeel that lingers in the aftertaste.

I’m not really a fan of lactose IPA’s, with the thick mouthfeel seeming at odds to what I want from the IPA; even if they are not made to be that sweet.  But this is an enjoyable beer.  If you are a fan of the lactose UPA then I reckon you might really love this. 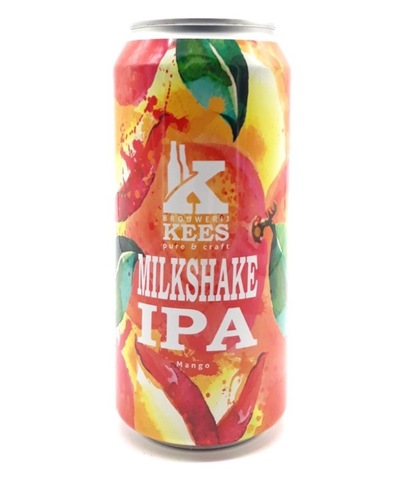