Brasserie De La Senne became only Brussels second brewery (Cantillon being the existing brewery of course), when they opened the doors to their new facility in 2010.

The brewery generally favours lower alcohol beers, with a more dominant hop presence.  Though they do make beers in most styles.

As proud Brussels natives, the De La Senne boys brew Brussels Calling once a year in December.  It is their tip of the hat to the city they love, and to celebrate the opening of their brewery.  The beer is released in February the following year, and I thought we’d missed out on this.  But fortunately for us all, I managed to source some.

It seems a very uncomplicated beer, but full and delicious.  A very clean malt backbone offers a little sweetness early, which is quickly joined by a peppery hop bitterness.  The beer is quite dry, with a smooth mouthfeel.

See all of the November 2015 monthly six pack 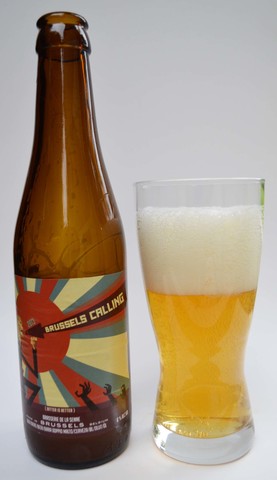