This beer from Brussels brewery De La Senne is one I look forward to each year.  Brewed only on the 22nd December each year, it celebrates the day the first brew was completed in the new brewery back in 2010.

As mentioned for previous versions of this beer, it seems quite a simple malt profile.  This remains unchanged year-to-year, with the hops being the ingredient that is altered up each year.  For the 2016 version, an experimental hop from Slovenia was chosen.

The brewers describe the beer as a Belgian IPA, but I don’t think there is enough hop character to move it past being a Belgian pale ale.

There is a clean bready malt body and a fresh fruity, grassy hop presence.  Grapefruit, melon and pear provide a tropical fruit sweetness with a tinge of tart.  A spicy yeast character compliments a firm and sustained hop bitterness for a lingering dry bitter finish.

Definitely a little spicier than previous versions, and a long bitter finish which we come to expect from De La Senne.  Always favouring the old world, earthy and grassy hops, and in always generous additions. 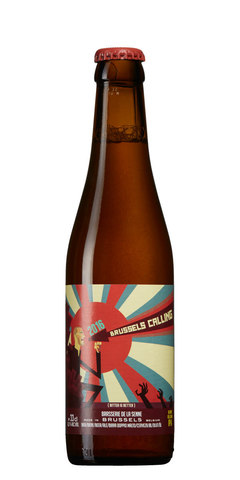