If you haven’t ever had an Orval, then you really should.  (I’ve even put a carton of them up on the web site to add to your next pack).  The relevance – this beer is touted as an Orval clone.  That promise alone was worth giving it a try

Orval is one of Belgium’s six Trappist Monasteries, and they only produce the one style for general distribution (though there is Petite Orval for the monks, which is served at the monastery café down the road from the monastery).

It is a Belgian Pale Ale that it dry-hopped between the first and second fermentation, the second of which is fermented with wild Brettanomyces yeast.  An amazing beer that gets better as it ages, and really quite unique.

So how does this clone stand up?

It is full of Brett. character with barnyard funk, leather, wood and spices.  The bready, grainy body provides a deal of sweetness with some further fruity and grassy notes.

The sweetness does seem to last through the beer, and this is probably he biggest difference to the original.  But an interesting interpretation and pretty decent beer in its own right to enjoy. 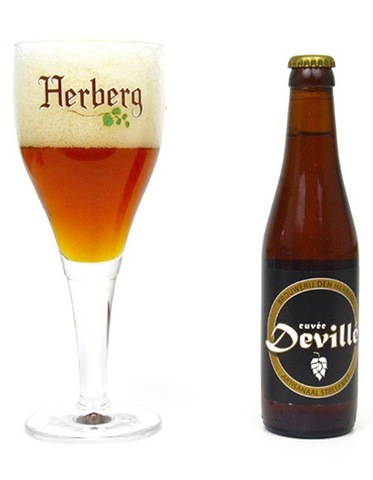