I first tried a Belgoo been many years ago, in my favourite bar in Ghent, The Trollkeller.  Fresh from success in some recent international beer awards gathering, chatting to the barman he advised that this new brewery’s beer were pretty good. So in the name of research I indeed tried a few.

Fast forward to late last year, and the beers popped up on my radar again.  I’d remembered this beer (although it was spelt ‘Luppoo’ back then), and found that these beers are now produced in a small brewery in Sint-Pieters Leeuw, which is just to the south-west of Brussels.

I guess I’d call this beer a dry-hopped Belgian Pale Ale, though it could be squeezed into a couple of different style boxes.  It is brewed with barley and oats (though I would never have picked up the oats just from tasting) and five different types of hops.

The hopping regime changes from batch to batch, but each time I’ve tried this beer it has been grassy, a little floral and earthy, not really fruity but with a sustained bitterness that prickles the gums after the beer has gone.  A simple beer, but tasty and refreshing. 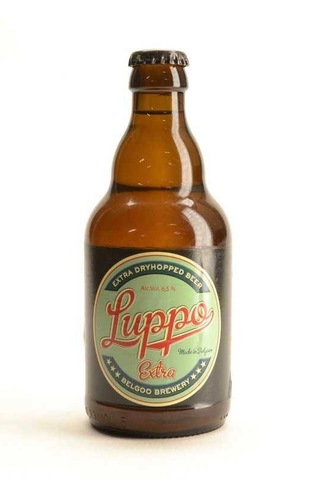