This beer from Brasserie De La Senne was first created back in 2016, firstly as a very small limited release.  But its popularity immediately saw a call for more, and it is now a semi-regular feature in the brewery portfolio.

The two brewers behind De La Senne are very proud Brusseleirs, with most of their beers having some association to Brussels.  So it seemed only a matter of time before they thought to make a beer which features yeast native to the city of Brussels.

‘Bruxellensis’ is a Belgian Pale Ale fermented 100% with a Brussels Brettanomyces yeast, aged for four months in the bottle before release.

It has a slightly sour aroma, with a bready malt body and a little fruity sweetness.  But the beer is all about the yeast.  Lots of funk and wild character, filled with hints of pineapple, apricot and citrus with a touch of leather as well.

The beer finishes really dry with a firm lingering bitterness.  A real thirst quencher with enough complexity in the wild yeast to keep things interesting. 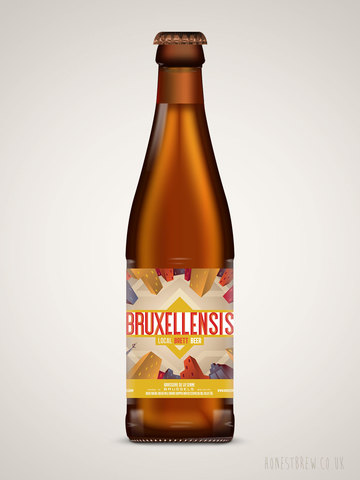