Well that’s a mouthful of a title for a little pale ale!

This beer is the fourth version of the little Belgian Pale Ales that the BBNo team enjoying experimenting with in their European summer.

Hallertau Blanc and Mandarina Bavaria are the hops used in this version, which was first released earlier this year.

The base beer is a clean, crisp and light malt body, with a Belgian yeast aroma.  The particular use of hops provides a strong lemon and grapefruit citrus kick with a little peppery spice.

These are quite simple, deliciously drinkable beers.   And a good way to understand the different characteristics of the hops used in each variant….if you can remember the last one! 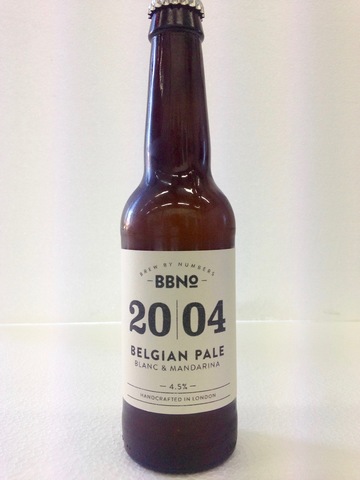