Het Kapittel Blond is an orange golden colour, with a fluffy white foam head which subsides slowly leaving good lacing on the glass. The smell is of cloves, citrus and honey with a sweet biscuity edge.  Above all, the yeasty nose screams 'Belgian' in the typically inviting way.

The flavour is sweet on the front palate, with the honey from nose  and sweet biscuity malt.  As the beer progresses, the hop bitterness appears along with some light spicing.  It provides a dry, slightly peppery finish which makes for a very moreish beer.

Brewery Fact : The Van Eecke Brewery has been a family owned operation since 1862.

As well as Hommelbier, the brewery produces five Abbey Ales under the 'Het Kapittel' banner, as well as Watou's Witbier (which was included in the August 2013 beer pack). 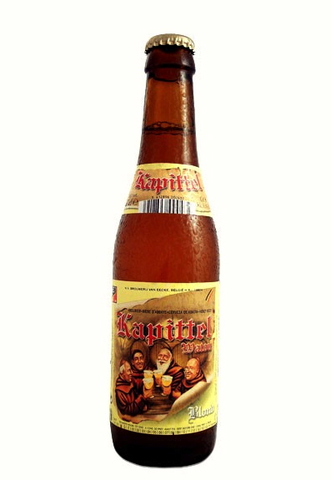