The first Struise beer I ever had – many years ago – was a Pannepot.  I had no idea of how good the beer was to be, or how much I would still love this beer (and all of its iterations) many years later.

Named after the small fishing boats traditionally used by the fishermen of the small Belgian coastal town of De Panne, near the French border.  The fishermen were famous for the strong dark ale they favoured on their journeys, and this beer is a tribute to those fishermen, their boats and beer.

Described as an old spiced ale, this beer sits somewhere between a Belgian Strong Dark Ale and a Stout.  And there is a lot going on in this beer; both in the aroma and the taste.

A strong roasted malt backbone is complimented by chocolate, figs, raisins, dried dark fruits, molasses, a herbal character and a hint of coffee.  As the beer warms the flavours of course become more pronounced so those more subtle characters shine a little brighter with the great balance of flavours, backed by the pleasant warmth of the big alcohol body. 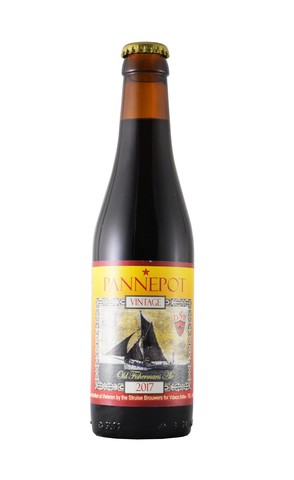