Here we have a winter seasonal from Brasserie Lupulus, who set up their brewery and tasting café in the town of Gouvy.  It is in an area known as the Ardennes, one of the very few places in Belgium that is hilly, in the very south east of the country close to the borders of both Luxembourg and Germany.

Since 2004 they’ve been brewing their beers, at first just for the tavern next door, then later expanding the brewing facility to cater for growing domestic and international demand.

Although we have to wait for the colder months for this beer to surface, I’m not going to call it a Christmas beer.  But that’s just my opinion, and many would happily label this as such.

Apparently the brewers throw in some cinnamon at the end of the boil, and torrefied barley is used to give the beer a thicker mouthfeel.

It is dark, and initially sweet with caramel malts, brown sugar and some dark dried fruits The flavours of the roasted malts creep in along with coffee, licorice and spices (the brewers throw in some cinnamon at the end of the boil) and it develops an earthy character.   There is a semi-sweet, smooth finish with the torrefied barley aiding in creating the fuller mouthfeel of this beer. 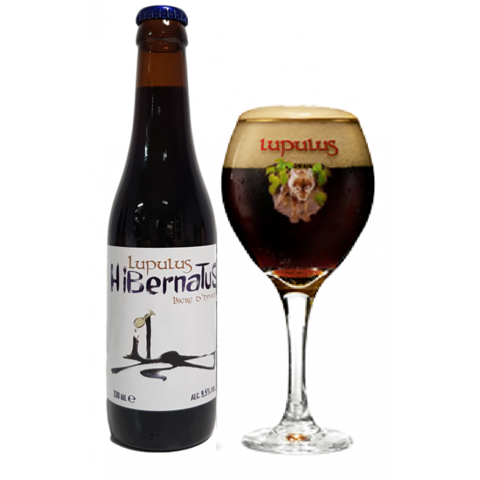