For those who recognize Brasserie De La Senne, you’ll know this is quite a big beer for them.  They tend to concentrate on lower alcohol, sessionable beers.  But it would be a short session on this tasty black IPA.

De La Senne is the second brewery in Brussels (Cantillon being the first).  It began operations on 22nd December 2010, and has prided itself on becoming the locals brewery.

Two Brussels locals, the brewers look after their Brussels market first.  They don’t export a lot of their beer, so we are fortunate to try this one.  All the beers are very traditional in that they are not pasturised or filtered, and use only natural ingredients.

There beer has a deep roasted malt character, with hints of bitter chocolate.  But the solid hopping, that is a trademark of this brewery, is not overpowered. The earthy bitterness and medium carbonation make for a beer that is lighter in body than you might imagine; and very drinkable.

See all of the March 2016 monthly six pack 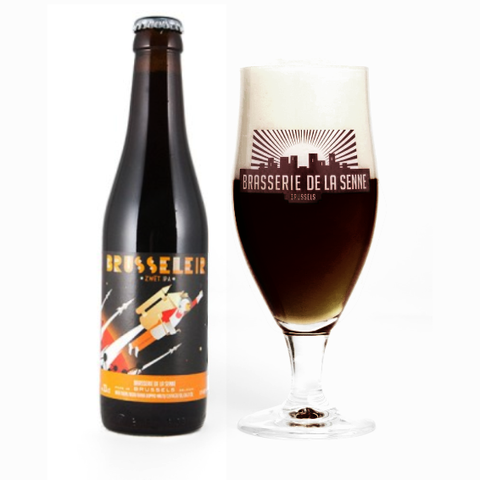