Another beer from the White Pony brewery; and it’s a pretty big beer.

Early on, this brewery was criticised for making only big sweet beers, like quadrupels and barleywines.  This beer was a response to that criticism, and of course things have moved on from here.

The ‘Black Blood’ is a big bold dark brown to black beer, with a strong aroma of roasted malts and coffee with a hint of sour smokiness.

Happily this follows through into the flavour.  Strong roasted malts and coffee again, supported by a dose of hops with a real earthy minerality.  There are also hints of smoky woodiness, leather, licorice and even a little fruity sweetness deep down.

It is a lot more stoutish than IPA-ish, but it seems to work.  Allow it to warm a little to bring out all the flavours. 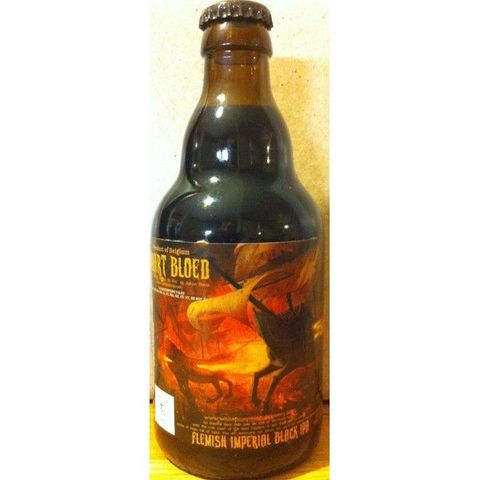