This is the strongest beer we’ve ever included in our beer packs!

Nuclear Winter is a beast of a barley wine, coming in at 16% ABV.  It pours quite a dark brown colour – much darker than you’d expect for a barley wine – and it settles very quickly to be almost still.

Straight away there is lots of dark dried fruit aromas, as well as chocolate, dark (almost slightly burnt caramel) and some leathery Brettanomyces character.

This all follows through in the flavour, along with a strong oak character.  The beer has been aged in oak for 18 months, and there is a really dominant oak astringency in behind all the sweet fruits and malts.  The Brett. character comes through more in the aftertaste.

Interestingly the beer finishes very dry for such a big malt bomb.  And although there is certainly a warming from the alcohol it is super-well disguised.  Not often you can describe a 16% beer as very drinkable, but this beer really is.

La Debauche don’t really get enough love (in Australia at least) considering how good so many of their beers are, and that is over a full spectrum of beer styles.  Really clever work from France’s best rated craft brewer.

See all of the November 2019 monthly six pack 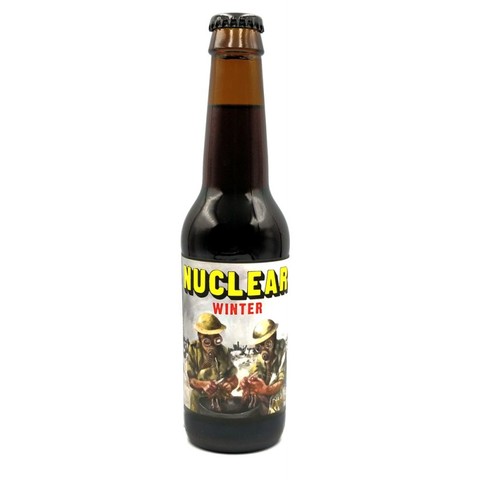